Before now, tattoos were considered to be permanent; however, advances in tattoo removal procedures have made it possible to remove undesired ink from the skin thoroughly. Before the development of tattoo removal with lasers, procedures used in removed tattoos included dermabrasion, trichloroacetic acid (TCS), cryosurgery, salabrasion, and excision. All these procedures had side and adverse effects which weren’t desirable.

Today, people acquire tattoos for a variety of reasons. Some people get tattoos to represent something or someone they feel strong love or likeness for, others get it because they want to enjoy the cosmetic benefits of tattoos, and some other people even acquire tattoos because they were dared or they dared themselves to do it. Regardless of the reason for getting a tattoo, over time, some people find themselves regretting the tattoo altogether., with the PicoSure’s advanced laser technology, removing your unwanted tattoos is easier more than ever. If you tattoo reminds you of a certain ex that you would rather forget or you’re ready to forget the past, the PicoSure’s Laser Tattoo Removal Technology can help you remove even dark lines, stubborn blue, and green inks and recalcitrant tattoos. PicoSure laser tattoo removal is fast and effective and has a record of 100 percent clearance after only three sessions.

PicoSure is the only tattoo removing device equipped with a revolutionary picoseconds laser and has been confirmed by many as the best tattoo removal making on the market. It uses PressureWave technology which completely shatters the underlying tattoo ink into microscopic particles that can be easily eliminated by the body’s immune system. This is unlike other tattoo removal systems that use outdated nanosecond lasers that use heat energy to melt the pigment. Unlike other tattoo removal technologies where the extreme heat produced from the laser can cause burns in the area, PicoSure is safe for all skin types without causing permanent damage.

What to expect when removing tattoos with PicoSure

The PicoSure laser represents a significant laser technological advancement. With PicoSure, tattoos are removed faster and more completely; however, the number of sessions needed to remove your tattoo depends on several factors, which includes the color and size of the tattoo. Ideally, it is advised you wait four to six weeks between each session, so the pigment has time to be naturally expelled from the body.

PicoSure laser tattoo removal process is relatively comfortable, and most patients have reported about the non-painful nature of the procedure. The removal process has been described as having a similar feeling to getting the tattoo or like the snapping of a rubber band against the skin. For individuals who have a low pain threshold, topical anesthetics creams are sometimes offered to help numb the area just before the tattoo removal procedure. The good thing is, the PicoSure treatment sessions are quick and only requires about 8-12 minutes for an averagely sized tattoo.

Precautions to adhere to after a PicoSure Tattoo Removal Procedure

After each treatment session, you’re advised to minimize your exposure to the sun, and you’re also encouraged to wear a sunscreen of at least SPF30. This is because of the mechanism behind the laser tattoo removal. Typically, the skin cells protect against the sun’s harmful radiation by producing melanin which helps protect the skin. Since the tattoo removal technology targets melanin to remove excess pigment, treated skin will be more vulnerable to the sun’s damage. According to the American Academy of Dermatology, you should protect the treated skin area for at least three months.

Where can you get the best tattoo removal services?

Stop hiding your unwanted tattoo and start the removal process. 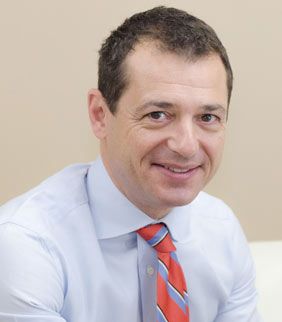 Dr. Joseph Galitzin is a top-rated skin specialist and premier provider of popular injectable treatments including BOTOX® Cosmetic and JUVÉDERM®. He is proud to help patients rejuvenate their features by providing:

If you want to enhance your appearance without surgery, request a consultation or call our office at (770) 487-2645.

*Disclaimer: results are not guaranteed, may not be permanent, and can vary per individual. Some images are of models, not actual patients.